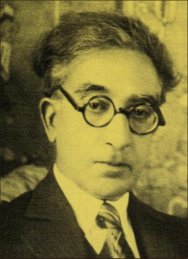 That we’ve broken their statues,
that we’ve driven them out of their temples,
doesn’t mean at all that the gods are dead.

O land of Ionia, they’re still in love with you,
their souls still keep your memory.
When an August dawn wakes over you,
your atmosphere is potent with their life,
and sometimes a young ethereal figure,
indistinct, in rapid flight,
wings across your hills.

Christiane Sourvinou-Inwood was an international authority in the field of Ancient Greek religion and one of the most prolific and influential Hellenists of her generation.

She was remarkable for her penetrating and uncompromising intellect and for her astonishing range of scholarly interests, which spanned almost every area of Ancient Greek culture from Minoan iconography to Greek tragedy.

She was born in Volos, Greece, in 1945, but grew up in Corfu. Her father was a colonel in the Greek Army, her mother a teacher. Sourvinou-Inwood studied as an undergraduate at the University of Athens, and began research in the young and exciting field of Mycenology in Rome and later in Athens.

Coming to England in 1969, she graduated from Oxford in 1973 with a doctorate on Minoan and Mycenaean beliefs in the afterlife, and went on to a junior research fellowship at St Hugh’s College, Oxford. She then worked as a lecturer at Liverpool (1976-78), as a senior research Fellow at University College, Oxford (1990-95), and as Reader in Classical Literature at the University of Reading (1995-98). She turned down many more foreign invitations than she accepted, but she did cross the Atlantic to give the Carl Newell Jackson lectures at Harvard in 1994, and she gave the Martin P. Nilsson lecture in the Swedish Institute at Athens in 1997.

The focus of her early work was the Bronze Age and its iconography; experts still cite her brilliant defence of the authenticity of one particularly beautiful Minoan ring in the Ashmolean Museum in Oxford – about which later discoveries proved her right. But in time her interests gravitated to the Classical period, and she was as adept at using textual sources as at using images and material culture – something which few classicists achieve.

She was particularly interested in rituals relating to young women and devoted a book to some of the interpretative problems connected with the sanctuary of Artemis at Brauron near Athens, where young girls danced as bears (Studies in Girls’ Transitions, 1988).

Another interest, sustained since her doctorate, was Greek representations of the afterlife, her definitive statement on which was Reading Greek Death (1994). Perhaps most significant of all was her examination of the ways that Ancient Greek religion was determined by the political structure of the city state, set out in a paper What is Polis Religion? (1990), which bristles with insights in every paragraph. She explored literary aspects of the same theme in her provocative reading of Sophocles’ tragedy Antigone (1989), and at greater length in her Jackson lectures which were published as Tragedy and Athenian Religion (2003).

Methodology was a vital concern and she developed a repertory of technical terms such as “reading” (roughly, “methodologically rigorous interpretation”); “schema” (an ideologically significant narrative pattern); and “zooming” (the effect of bringing the world of the text or image nearer to the world of the viewer or listener). It was, and still is, unusual for classicists to be so explicit about methodology, and reviewers often commented on the style, length or frequency of her methodological pronouncements. She was unrepentant. In the first chapter of her Reading Greek Culture (1991) she explained that she aimed to produce a “neutral” interpretation by rigorously eliminating all modern assumptions and “perceptual filters” derived from unreflective common sense or traditional scholarly baggage.

Her “reading” of the texts or images could then begin, and an important part of it was the identification (or “recovery”) of ideological “schemata”. The result was sometimes to show that texts believed to have specific historical reference were better understood as ideological constructions, but if that meant we now knew less about history, we at least knew more about ideology.

Sourvinou-Inwood insisted that her aim was to establish “ancient realities and perceptions”. Thus, just as naive empiricism was her early target, so, later, she was anxious to combat extreme scepticism about the past, “nihilism” as she called it in her final book, Hylas, the Nymphs, Dionysos and Others (2005).

Her approach shares a lot with the structuralism of the French scholars Jean-Pierre Vernant and Pierre Vidal-Naquet, both associated with the École des Hautes Études, and in its later formulation it owed something to semiotics and even poststructuralism. But she was no follower of academic fashion, and her approach should be seen as an independent response to her own interpretative experience.

Those who knew her only from her publications were likely to form the impression of a certain intellectual defensiveness and a tendency to devote more space and ingenuity to demolishing her critics’ arguments than was strictly necessary. But to those who experienced her in the lecture room, she was an inspiring teacher and a warm-hearted mentor, convinced that even the least promising undergraduate was capable of brilliance if given enough encouragement.

Her own sense of being an outsider had given her a heightened empathy. That she taught formally for only brief periods is a great loss to the institutions that could have employed her, and to the profession.

Ill-health restricted her movement in the last decade of her life, but she still made herself available to friends, disciples and awed fans who visited her in Oxford, usually to be entertained over lunch in an Italian restaurant. To younger scholars facing uncertainty in the early stages of their careers, she could be a tower of support.

Her own tower of support was her husband, Mike Inwood, philosophy tutor at Trinity College, Oxford, whom she married in 1971.

Considering the volume of her publications, it is remarkable that she also wrote a series of detective novels. One appeared in Greek in 2003 as Enas polu klassikos phonos under the pseudonym Christiana Elfwood (the English version is to appear imminently).

Posted by Alkman at Wednesday, November 14, 2007 No comments:

"Hate You, Christ, I Do Not", by Fernando Pessoa